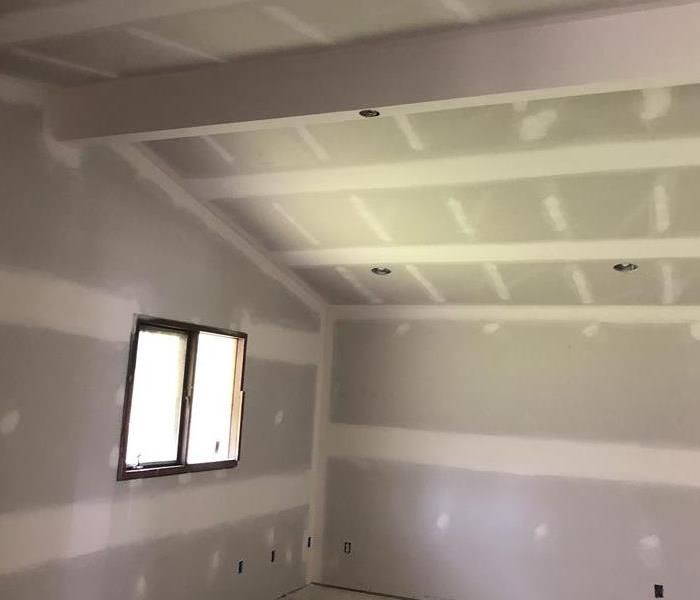 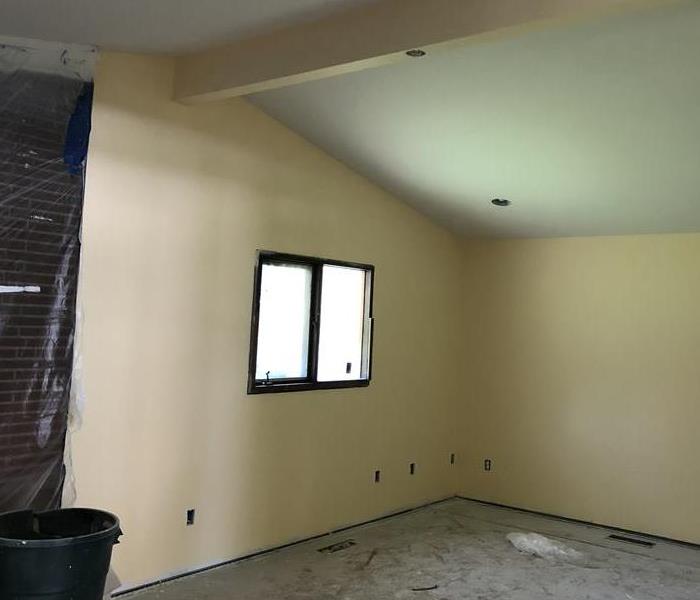 This Flint space had a fire start in the main area do to faulty wiring. The fire spread through the entire establishment causing massive damage. The fire eventually smoldered itself out so the fire department was never contacted, resulting in smoke and soot damage throughout. SERVPRO of Northwest Genesee County began by cleaning and removing all debris to make way for the restoration process. All dry wall and insulation had to be removed to allow cleaning and spray sealing of all the affected framing. This building is still under construction but as you can see in the pictures above, major progress has already been made.