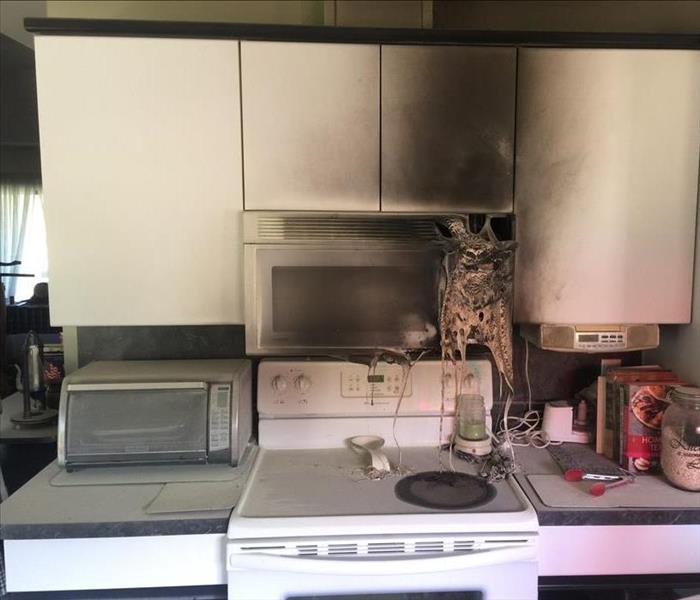 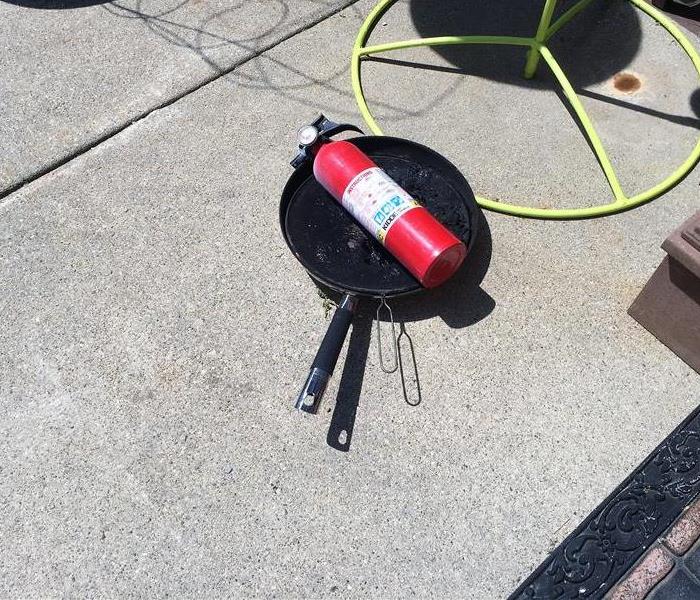 After a kitchen fire, these homeowners called SERVPRO of NW Genesee County to assist. When the homeowners noticed the fire, they used a fire extinguisher to put out the flames, causing dust everywhere throughout the home. Luckily, the fire was put out before it could spread throughout the home damaging more than it did. It's important to call SERVPRO of NW Genesee County after a fire- to make sure its a safe environment to live in. Smoke and Soot actually will keep burning items even after the fire is put out. Smoke may seem to dissipate quickly after a fire, but the rapid cooling of the particles of incomplete combustion leave a film- that we know as soot- and an odor that penetrates throughout buildings and collections. The acidic nature of the film causes discoloration, corrosion, and overall damage. These homeowners were very pleased with the work that we did here at SERVPRO of NW Genesee County.